I don’t know why anybody bothers to get involved in a debate about whether the Stones are better than the Beatles.  Clearly the Rolling Stones are the better band. And it’s not even a close race. The Stones are a real rock n’ roll band, why the Beatles sing little ditties about wanting to hold your hand.

In fact, the Beatles are on my list of things that are annoying. Also on the list, in no particular order are CD’s that skip, waiting, radiation, medleys, and static. So I knew my day was off to a bad start when I got to the Princess Margaret Airport Lounge and discovered that my treatment room was not operating ‘On Time’. Slightly irked, I sat down in a first class chair and flipped through a cancer magazine, reading about beets and broccoli.

After 45 minutes I was called into the inner sanctum, where a youngster handed me my gown. I put it on, took off my necklace, and lay down. Oh-Oh.  Rather than the easy listening hits of yesterday came the sounds of ‘Can’t Buy Me Love’, one of my least favorite songs by the Beatles. I was tempted to ask the young technicians to turn it off, but didn’t want to appear bitchy. 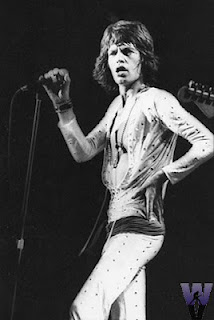 So I lay down with my arm over my head and closed my eyes, willing myself to relax. Not so easy to do when someone is holding a ruler to your breast, and Paul McCartney is humming from the CD player. The techies took their measurements, and fled from the room where they could be safe from radiation. With me as a captive audience, Paul started singing ‘Got to Get you into My Life’. I thought that the disc had skipped, but realized with horror, that it was the beginning of a medley.

As two thousand pounds of machinery hovered over my chest, and the green beam pierced my skin, I concentrated on staying immobile. But as the medley continued into an equally offensive song (Love Love me do) the disc did indeed started to skip. Jesus. Not only was it skipping, but also it was giving me short staccato sound bites of all the songs on the CD.

I hated that Beatles at the moment. (except John, who is the most non-Beatle-y of the group).  I hated their stupid music and their Liverpudlian accents. This was worse than Chinese Water torture, because water doesn’t have floppy hair.  Then I heard a voice over the intercom. It was the Rad Techs, speaking from the safety of their control booth,‘ Is everything okay?’

Apparently I’d moved my head to look at the offending CD player. ‘The disc is skipping,’ I said, neglecting to comment on their shitty taste in music. ‘Oh…’ she said bewildered, as though that did not constitute an emergency. Moments later she was at my side. Dammit, if the beam had pierced my lung I had only the Beatles to blame . ‘Did I disrupt anything?’ I asked. But she said I was fine. ‘Can you please turn off the CD player?’ I asked. She did, then ran back into her booth for safety.

I relaxed somewhat, thinking that Mick would have never let me down like this.  Some bands can do no wrong.  Keef makes everything better. I know it’s only rock ‘n roll, but I like it.