Also, since I was in an exam room rather than an operating theatre, I didn’t have to wear an unflattering cap, nor did I have to take off my earrings. So, relative to every other surgery or exam, I was quite dressed up. Dr H had also dressed up for the occasion (or so I like to think) wearing an extremely flattering pair of blue J Crew scrubs that perfectly matched his eyes.

I stood before him as he examined me. My gown was open and he was sitting on his little doctor stool, examine his handiwork and planning his strategy. Then began surgical foreplay, or what might also be called ‘drawing on me with a Sharpie’.

First he drew a nipple on my left side. Then he took out his little tape measure and drew a nipple on my right side. Then he suggested I look in the mirror. These are the nipples I would have for the second half of my life and I could choose exactly where they would go. What control! But about that time the Ativin started to kick in and I was feeling as though I would say yes to anything.
‘Great!’ I blurted, ‘Make them pretty!’

Next he examined my ‘dog ears’. Those annoying little pillow case corners that have been bookending my 17’ abdominal scar since my surgery. I’ve hated them. When other ladies complain about a muffin tops I was envious. I would have killed for a muffin, rather than a horizontal box of kleenex. Dr H drew an oval the size of an egg around each ‘dog ear’ and explained that they’d just cut out the skin, some extra fat, and sew it into a nice smooth line. Yippee!

Then it was time to jump on the table. A surgical assistant explained that she’d be doing the freezing at that it would be the worst part. After that I’d feel slight tugging, or pulling, but no pain. She wasn’t kidding about the freezing. F*cking uncomfortable. Even the Ativin wasn’t working and though I tried to take deep healing Belleruth breaths and surround myself with my band of allies and magical friends, I still yelped out loud. Dr. H gazed down at me, ‘Here, squeeze me hand’, he said.

When I finally released his hand (after way longer than absolutely necessary) Dr H and his assistant surgeon got down to work. They each took a side. Had it not been for the occasional glance at a scalpel, or the sight of string and a needle, I would have been fairly relaxed. There was no pain. And as is my habit when I’m nervous, I babble a fair bit, and ask far too many questions. At the end of ninety minutes I knew all about Dr H’s family, his relationship with his father, his hobbies, and where he lived. (I asked his surgical assistant exactly one question, even though I didn’t care about the answer. I was just doing it to be polite). 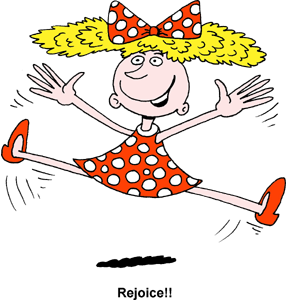 Way too soon I was being bandaged up. Four bandages in total with some plastic nipple protectors for my new accoutrements. Dr H helped me off the table and told me I’d done really well. I like to think he meant I’d made smart style choices with my underwear and earrings, but what I think he meant was that I hadn’t passed out, nor had I ripped his hand of his arm, even though I wanted to. Good for me!

Alone the room I looked at myself in the mirror. Bandages covered the new nips. My original belly scar looked back at me - still red and jagged but settling more every day. And now, new bandages covered the areas over my hips where the scar had been extended to a whopping 22 inches. But even with the bandages, and the blood, and the tape, I could see the curve in my body that I had dreamed about so often, and I thought it was the most beautiful thing I’d ever seen.

I strolled out into the waiting room where, as usual, my sweet Wingman was waiting, and I felt more like myself than I had in a long time.

Bye-Bye Spongebob. Hello me!
Posted by egghead at 08:06