The front doorbell isn’t working, so I had to rely on the mighty hound to announce the arrival my Russian nurse. I opened the door to see a  shiney gloved hand jabbing at the doorbell. “Why iz not working?” he demanded. Preoccupied with his gloves, I didn’t answer, merely ushered him in and gave him the once over. Fitted dark suit, knitted grey cable mock turtleneck, suede ankle boots, and black gloves that glistening like a pair of leather tap shoes. “Shiny gloves!” I said, but he ignored me and bent down to press his forehead against Jed’s.

In his glistening hand he clutched a stethoscope. In any other situation it would have looked like a medical tool, but surrounded my gleaming leather it looked like an instrument of torture. I’m torn between whether he looks more like James Bond’s evil double-agent doctor, or the skating coach for the Russian team at the World Championships.

Jed, Alexi, and I filed into the kitchen so he could wash his hands. Part of my treatment includes a large dose of steroids that makes me sleepless, talkative, and unable to sit still. So I apologized in advance as I hopped up on a bar stool babbling about nothing in particular. Now he gave me the once over, settling on my crimson toenails. “I much appreciate the colour of your pedicure.” I personally found the colour garish, but obviously our tastes run a bit differently, and I was scoring a 9/10 in the red department. I told him that, as my chemo nurses warn me away from nail salons with germy tools, I had to paint my own toes. He frowned, “Iz hardship for you?” 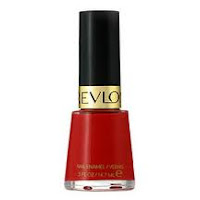 ‘Damn right it’s a hardship!’ I almost screamed out loud. But then I thought that maybe he’d had a harder life than me. Uprooting his family, leaving his friends behind, moving to a new country with overpriced vodka, and driving around in a Jaguar tending to the wounded.  Perhaps he wouldn’t sympathize that I sacrificed a leg massage in a vibrating chair in lieu of perching my foot on the edge of the bathtub. So I kept quite, and offered him a cup of coffee. 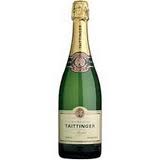 He declined, and said that what he really wanted was something he’d provide for himself in a couple of hours. With the promise of an early afternoon, he was going to celebrate with a bottle of French champagne. ‘Tattinger,’ to be precise.  Then he jabbed me delicately with  $2,700 worth of white blood cells while I complimented him on his brilliant, painless technique. “I know,” he said, and almost smiled.

So later that day, as my nurse sipped his sparkly treat, I settled (sort of) in front of a decorating show to redo my whoreish nails. Iz hardship, of course. I'd rather swap bottles with Alexi. Polish for champagne. But in the grand scheme of things, with fresh cells soaring through my body, I can manage.

A person very close to me, who I’ll call ‘Jim’,  recently asked about something in our house that had been misplaced. As kindly as possible, he asked if I’d seen it. Both of us know that if something goes astray, it is likely because of me.

Due to my treatments, my memory isn’t as sharp as it ought to be. Occasionally I forget to put lids back on jars, lock the front door, or recall words with more than three syllables. According to my mother, I’m not that much different than her group of lady octogenarians. Although slightly amusing, I'm not quite ready for bifocals and bridge, though I do appreciate a comfortable shoes.

Today I was doing a little painting around the house. My sound track was Ziggy Stardust, which I haven’t listened to since I wore it out on my turntable. As I turned the walls white, I sang along to the music, and here’s the thing. There are 11 songs on the album, and I know every syllable of  lyric. Even the long words  like 'suffragette' and 'trasnformation'. Not only that, but I can predict every nuance in David’s lovely voice, the length of each breath between words, and all the guitar riffs (I think they’re called ‘riffs’). I can also hum along to the sax solos, and join David on the exact millisecond that he hollers, ‘Wham Bam, thank you Ma’am!’

So I haven’t lost my memory. I’m just blowing off all the trivial stuff. And rather than being an 80-year old card player player, I am a secret glam rocker with some awesome dance moves.  Ziggy played guitar, and I know every beat on the album. I may not know where the hell I put my keys, but I can still sing along note for note with with the coolest guy on the planet.
Posted by egghead at 19:36 No comments:

Everyone Loves a Winner

Cutting through Yorkville recently, I happened upon a little store that was bursting with colour.  En route  to visit my pals at Continental Hair,  I was toying with the idea of experimenting with a headscarf, rather than a wig, one of these days. (Inspired of course, by Mary Richard’s funky neighbor Rhoda).

So I stopped into this little shop which was tastefully packed to the rafters with a rich rainbow of fabrics. Amidst this colour explosion was a little Indian woman wearing a sparkly pink sari. She was so small that I could easily look down upon her little white head, with hair that looked like cotton candy. She asked me if I was looking for anything special and I sputtered, “I’m looking for something, for a friend.”

I felt like an idiot. I hadn’t used the ‘friend’ line since I was a teenager trying to get my hands on some Kahlua. So I corrected myself, and confessed that the friend was me, that I like blue, and that I was temporarily hairless. Her deep brown eyes looked up at me and I felt compelled to say more. That I was going through chemo, that I was wearing a wig, and that I felt the need for colour.

She put her arm on mine said. “I had a mastectomy three years ago”. Then she broke into a grin and said, “My hair grew back so beautifully, and see how nice it is.”  I looked down on her whispy white hairs curled into a delicate bun, and it was indeed quite lovely.

Then she reached up and wrapped her delicate arms around my neck. She was so tiny that she hung off me like a shiny pink pendant. Muffled by my sweater, I heard her say. “You’re going to be fine. I just know it”.

The lesson here could be that when offer your authentic self, you will never be rejected. But that’s not the lesson she wanted to teach me. What she said was that her scarves were pure silk, expensive, and a little slippery.  She suggested I get a cotton scarf because it ties more securely, and they have a ton of them, at Winner’s.
Posted by egghead at 10:45 3 comments:

I wear the same outfit every day.

Five (maybe six) days a week I put on the same skinny Levi’s, striped singlet, and fitted purple hoody. Not only is this ensemble comfy, but (with the right pair of boots) stylish as well. With just the right amount of stretchability, it goes easily from dog park, to sofa, to café. And for the record, my clothes are almost always clean, because I am a minimalist, and not a hobo. 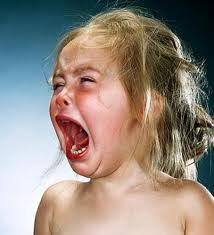 It all happened organically. Being a serial purger, I rid myself of everything that I never planned to wear. Then I went through all my drawers, liberating every piece I hadn’t worn in under two years. And everything black. Since then, life is so much easier. I open my closet, and though the selection is sparse, I like everything I see. My drawers are uncluttered, so I needn’t dig deeply for something I enjoy. When I go out to an event requiring dressier clothes, I happily make an effort to wear something nice. But otherwise I save my energy for hats, pretty undergarments, and my wildly expensive hair.

This morning, as I was enjoying my alternate outfit of pajamas and the aforementioned sweatshirt, I pondered the type of people that wear the same clothes every day. Private school girls and the Pope were obvious subjects. Deciding to dig a little deeper I did some Googling and this is what I found. 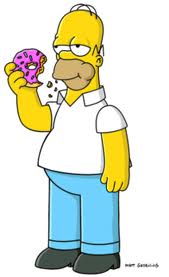 Toddlers like to wear the same clothes every day. For these tots, somewhere near two, life is chaotic and having an outfit gives them a sense of stabilty. This also applies to people with autism. (I suppose I could also fall into this category, but for egotistical reason, I prefer to think that my fashion sense is ruled by choice, rather than chaos).

Cartoon characters never change their clothes. Look at Barney Rubble, Homer Simpson, and Pig-Pen. There are exceptions such as Veronica Lodge and Betty Boop, who were, to be honest, just a couples of teases. Otherwise the fellows, with their daily uniforms, are sloppy and depressing. And then there’s Gumby, who doesn’t wear anything at all. As I am not depressed, or surrounded by a cloud of dirt, I don’t like being classified with this group of non-people either.


Superheroes, on the other hand are fine role models. Wonderwomen, Robin, Superman, and Mr. Incredible, who is my personal fave. However, their outfits are all skintight (and devoid of male genitalia), so that counts as skin, more than clothing. Naked with a cape doesn’t work for me.

Surprisingly there are a lot of websites on this topic, and an astounding range of viewpoints. I selected those which have nothing to do with insanity. For instance, ‘Thinking less in the clothing area, encourages thinking in other areas’. This appeals to my creative side – but still leaves too much room for crazy.

Determined to find like-minded people, but with slightly more glamour, I googled some more. An actress, talking about life off the red coarpet said. "When I'm not doing this, I wear the same pants and same shirt every day. On occasion I wash them but I have a few of the same things. I don't change.”

Finally! Someone I can relate to. High Five, Angelina Jolie. 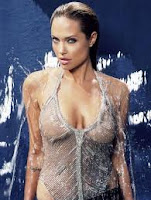