Today I stole my hospital gown.

Every day when I go in to be sizzled, the nurse hands me a clean gown to wear for my treatment.  All the gowns are one-size-fits-all, so the armholes are often bigger than my head. And they’re not belted, so that mean crossing your arms to maintain a sense of modesty.

Unfortunately, Princess Margaret First Class Lounge has no lockers in which to leave our clothes, so they must be bundled and carried into the treatment room. As this leaves no arms left to secure my gown, the whole thing is rather sloppy.

But today I was handed a gown with a pleasing blue and white stripe. I put it on, and it wasn’t made for giants. To my delight, it wrapped snugly around my waist and tied securely in place. Normally the gowns look like giant blue potato sacks with a little gray head poking out, but not today.  I looked in the puny changing room mirror and saw that the V-neck that was quite sophisticated.  Flattering, even. In fact, it is the Diane Von Furstenberg of hospital gowns.

With this garment – which accentuated my waist – my arms were free to hold my clothes over my arm, rather than clutching them tightly to my chest. I felt more secure, more controlled, and definitely more chic.

And as every fashionable French girl knows, it’s better to have one fabulous dress than a dozen mediocre ones. So I popped it in my bag and plan to wear it for the rest of my treatments. I may have man-hair, and droopy eyelids, but that’s no excuse to dress like a potato.

A girl must keep her looks up, and a good wrap dress is always in style.
Posted by egghead at 13:47 1 comment:

Jet Lag is for Kids

Jesus I’m tired. Tired of being zapped every day, tired of wearing ugly bras, and tired of explaining my man-hair. But mostly I’m just tired of being tired. It’s been a long time since I’ve had a full tank of gas. 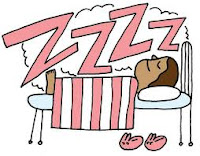 To the outside world I appear absolutely fine. My hair is making a slow lesbian-ish return. My eyelashes thankfully, reappeared overnight, and my eyebrows are exactly where they are supposed to be. Physically there is nothing I cannot do, as long as I have a lot of naps and am in bed by nine.


But I can’t complain. Everyday at the Princess Margaret First Class lounge I see many people who are in worse shape than me. Besides the tired looking baldies, there are also people with walkers or wheelchairs who are having a really bad time. And yet, they still manage to put on lipstick and a flashy scarf, and smile at the nurses even though it probably takes all the energy that they do not have.

In fact, there is a surprising lack of complaining in the various waiting rooms along University Ave. Nobody really wants to talk about canceritis anymore, so the conversations often turn to the weather, or Dancing with the Stars. Everyone is so used to running on empty that there’s no point in bringing it up. Treatment is boring, and people’s brains are reaching hopefully to brighter areas.

But in the outside world, people love to complain.  Granted, it’s often legitimate (getting run over by a car on the way to the dentist for an impacted molar) and sometimes it’s silly (pimple). And occasionally it’s just a cry for attention. 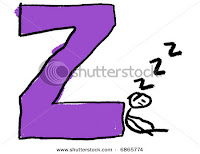 Last night I dragged myself to yoga, and lay down on my mat. A few people quietly lay down around me, mostly regulars. Then, as usual, one woman came in at the very last minute, head to toe in Lulu Lemon everything. ‘I’m SO tired,’ she said to the teacher as she entered the room. ‘I can barely keep my eyes open,’ she continued in a loud whisper as she sat down on a mat beside me. Most of the small class was ignoring her, but she was having none of that. ‘I am SO jet lagged’, she said, ‘I just got back from Italy and it was SUCH a long flight.'

Jet lag?! Jet lag is child’s play compared to radiation, and you don’t get to sit in a piazza at the end of the day. Just to prove her point, she yawned.  I yawned back, lifted my legs above my head and examined my feet. My toenails, temporary victims of chemo, were very unattractive, and two of them are covered with Band-Aids. ‘My skin is so dry,’ said the tired lady, to anyone who would listen. Even though I was almost too tired to move, I really didn’t want to hear anything else she had to say. There was one open spot at the back of the class, so I pulled up my mat, and moved.

Relieved, I lay down in my new spot and started my new meditation. ‘Om, om, fuck off. Om’