I’m one of those people who watches  a scary movie through my hand.

I’ll start with a closed hand covering my eyes, and once the screaming stops, I might separate a finger or two so I can see a sliver of the screen.  When I know for sure that the monster has left the room I will probably look at the full picture, but it will still be a few moments before I can relax my hand and start eating popcorn.

So it is with my scars.

When I took my first shower, I covered the mirror with my towel so I wouldn’t have to look.  Some would say that was unhealthy – and to that I would say - I agree! But it’s a lot healthier than being so shocked that buckle at the knees and slam your head into the wall. Which is what happened when I accidentally saw my belly scar.  Now I can sort of look at it, in short bursts, but sometimes I have to turn away.

The breasts are another matter. I only peeked at them once when I was high on morphine and numb to the world. And, if they weren’t attached to me, I would have barely recognised them as my own.  Scarred, bruised, stitched and misshapen, one looks like a hamburger patty, and the other, the end of a football.

However, I truly believe my body needs some loving, and that my little cells need to know that they are in a safe place to heal. They need to be washed, and touched.

So I’m going Helen Keller on this one. Before going into the shower I put a 4’ x 4’ patch of gauze over each work in progress, taped only at the top.  And I put another flap over my belly button which has it’s own scarring issues, as it had to be relocated. (It’s a long story – and not something I would recommend before bedtime). Then I dim the lights, cover the mirror with a towel, and hop in the shower with all the agility of a two-legged pork-chop. Once there I do everything that Helen would do. I gently wash myself, especially those parts of me that need a little tenderness. And I do it all without opening my eyes 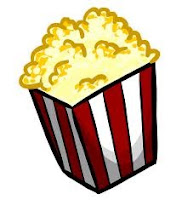 Post shower  - in the gently lit bedroom - I peel of the gauze and apply some clean new patches. Same for the 14” belly scar, and button.  Once bandaged, I take a brief look in the mirror, enough to see a sliver. But it is only after I’ve stepped into a clean white cotton camisole that I allow myself to relax and have a full look.
Lovely! And for now, the little monster has gone away.