A Tale of Two Chickens

Yesterday I went to my hospital for a small procedure; one which required that I deprive myself of food for a number of hours. At about 1 pm, I was sitting in the waiting room, hungry, thirsty, and tired. Having just finished my book, I had little to do except stare around the room at my fellow fasting testees who were almost all focused on the TV, gazing longingly at the food commercials.

Several people were with their companions. The buddies are there for moral support, and don’t have the same restrictions we do. Of course, nobody is telling those folks not to eat, but common courtesy would dictate that you don’t bring your lunch to the 5th floor waiting room of Mt Sinai Hotel & Spa. 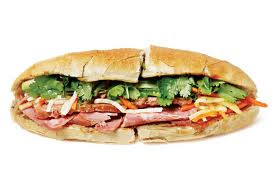 So I was slightly alarmed when one fellow, who was waiting for his wife, quietly slid his hand into his man-purse and pulled out a lunch bag. He was sitting at the end of the row, and seemed to think he was invisible. Without looking up, he unrolled the bag and pulled out a saran wrapped sandwich the size of an oven mitt. He slowly and lovingly pulled back the saran wrap and leaned forward to take a big bite. I was staring at him, disbelieving, the whole time. From where I sat I could make out what appeared be a sliced meat extravaganza featuring mortadella, salami, tomatoes, red onion, and ham.

Because of my current lack of ability to self-censor, I’m afraid to think nasty thoughts lest I say them out loud. ‘Put it away Dagwood’ ran through my head. As did, ‘Arsehole’. But I said nothing, as it wasn’t the worst waiting room breach of etiquette that I’ve ever seen.

The worst was back in August when I was waiting for my lumpectomy. At that point I’d been fasting for over twelve hours, and was sitting in a fluorescent room wearing a blue gown, paper slippers, and a hair net (I wasn’t bald, yet). I’d been up since 5 am and hadn’t had a coffee. I was thirsty, and I was scared. Around me patients like myself shuffled around nervously, trying to get comfortable in their hard plastic chairs. The room was barren of entertainment, and all personal items had been stowed away.

Then there was a familiar smell. The kind of smell that dances on your tongue and clouds your better judgment. One associated with Christmas, Festive Specials, and a Chalets in the Alps. There, amongst a dozen people awaiting surgery, in a room smelling of medicine, some giant ass was tucking into his half chicken dinner from Swiss Chalet! 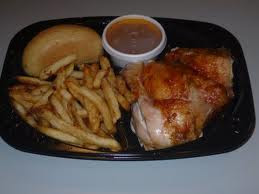 I remember turning to Sue and watching her eyes widen, and my mother thought it was kind of funny. But neither of them were as starving as me, or the other hungry inmates. I found it such an act of such inconsideration that I wanted the Mt Sinai Politeness Police to toss the offending party back to the outside world where he belongs.

But such a force doesn’t exist. So the Eater remained, working his way through his fries with gravy, as the rest of us waited for surgery. And even though it was annoying and thoughtless, one must accept that there are idiots everywhere, and the least they can do is provide a distraction.

So while we rolled our eyes in disgust I stopped thinking about surgery and forgot to be scared. And in the end, wanting a chicken from Switzerland was better than being a chicken at Mount Sinai, in paper slippers and a blue cotton gown.